Vibrance was a summer project. I was not really doing anything during the summer and my mother found the ad in the paper and pushed me to make a submission. I’d been rolling ideas around in my head for about a week when we went on a vacation. No internet for a week; no distractions for a week. I made a “rough draft” of the design on paper, throwing out idea after idea, stacking together everything to get an idea in my mind. After that I spent about 60 hours on my computer making the final draft. 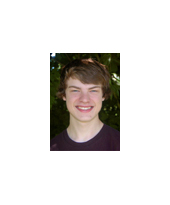 Peder Storvick, is a junior at Mankato West, anticipating graduation in 2015. Since he was little he’s had a growing interest in art. Little to none when he was in elementary school, but after his classes became more than watercolor painting he began to enjoy it. In 2011 Peder picked up a laptop and with it graphic design. Two years later, self-taught with no formal training in graphic design, he won his first competition.