During a family vacation in the Adirondack Mountains, my son went for a jog. When he returned to our cabin he removed his running shoes and went to take a shower. As his daughter, Gigi, spotted the empty shoes and climbed in to them, I snapped the photograph which inspired this sculpture. 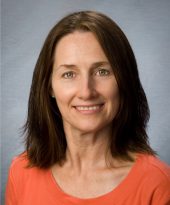 Susan Geissler began her art career in 1984, after schooling in Fine Arts and working as an anatomical illustrator, graphic designer and art history researcher. Between 1984-1989, Susan’s work was seen and enjoyed by millions of people at top outdoor art events around the United States. Currently, she confines the showing of her artwork primarily to galleries, plus occasional commercial events and print advertising. The scores of commissions, awards and prizes accorded her work have contributed to her growing reputation and have stamped her as one of the premier designers of human figures in the United States. Susan considers her studio a small outpost of quality, integrity and love of the sculptural science. From this workplace in a small Western New York village, after intense research and anatomical study, several lovingly rendered pieces per year emerge – some exploding with dazzling motion…some resting quietly, but exuding the soft, gentle, whimsical emotion that is the hallmark of her work. susangeissler.com